Deprecated: mysql_connect(): The mysql extension is deprecated and will be removed in the future: use mysqli or PDO instead in /storage/content/14/2014914/headspinrecordings.com/public_html/Connections/Headspin.php on line 9 Headspin Recordings - Releases -Singlar 2005 by Gul 3 (HEAD 003) 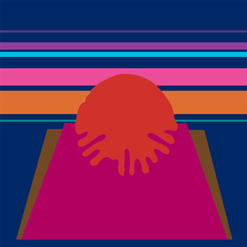 ”For Gul 3 improvised music has always been connected to conceptual ideas, written music and graphic notation; our influences from classical music, jazz, noise and Fluxus orientated minimalism are brewed down to ONE musical unity”

Gul 3: ”As if Ornette Coleman met Brian Eno in the late 70s”, as Christian Falk, one of their first record producers, stated after seeing their performance at the festival Sounds 99 in Stockholm. Other early fans, including Christians co-producer on their debut album ”Soul”, Mats Gustafsson, and his friends in Sonic Youth, Thurston Moore and Jim O´Rourke , remained speechless.

In the liner notes for ”Soul”, John Corbett the Chicago musical oracle, wrote lyrically about the band’s almost macabre sense of interplay, and how their slow motion playing style cannot be defined through references to other astists work or aesthetics. Gul 3 is something else. Sure, Johan Arrias saxophone playing can be associated to Julius Hemphill and Lee Konitz, but it has a twist of it’s own, it´s a satellite per se. The same can be said about Leo Svenssons ”doublebass–like” cello playing and Henrik Olssons conciously unforced percussion style.

Gul 3 now returns with their fourth album ” Singlar 2005”. After two idiosyncratic albums recorded 2001 and 2004, which unfortunately passed quite unnoticed, they have, together with Headspins in-house producers Goran Kajfes and David Österberg, created nothing less than a monster. With equal portions of passion and tranquillity, Gul 3 is simultaneously, impressionistic and expressionistic, their improvisations bringing creative pioneers like Harry Partch and Moondog to mind, but also more rock-orientated precursors, such as the tender and stringent material now being released on the Scottish label Geographic. With ”Singlar 2005” the trio takes yet another step towards immortality.

”Singlar 2005”, with titles like Forever Young, Good Vibrations, Bad, Purple Rain, Eye Of The Tiger, and Stayin´Alive, shows not only the band’s affectionate disrespect for popmusic, but also that names and titles are nothing but terminology in a world where really everything, not at least Gul 3s music, is created on the spur of the moment. Fluxus in the true sense of the word.